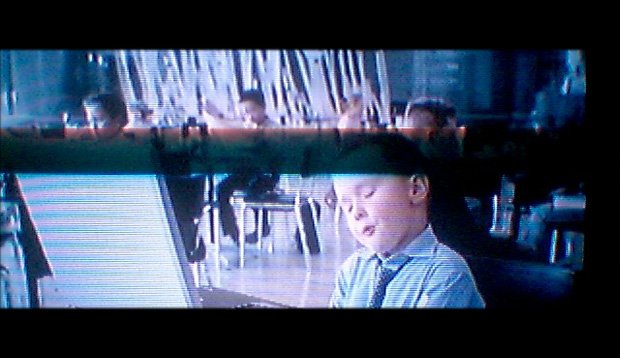 A couple months ago we got digital TV (Yeah, we know; we’re so behind the times!). The colours were vibrant, pictures were clear. Everything was great. Then we tried to record it with the Magic TV PVR (a recorder of digital channels), and suddenly everything became jumpy and pixelated. Before the PVR was connected (or was connected but was off), the pictures were clear, but when it was connected and turned on, all the digital channels became pixelated and unwatchable.

We did a little research and it seems the pixelated pictures could be caused by the aerial not being able to pick up weaker digital signals or it could be the TV cable. Since we didn’t want to fork out money to buy a new aerial to test out the first theory, we decided to go buy a new TV cable.

We went out to trusty old Dick Smith and got one of their Titanium Series TV cables. They had promoted the cable as having better conductivity and reduced signal loss due to its construction; so we bought that. We even got a shorter one so that the signal doesn’t have to travel as far, reducing further loss. We connected the cable to the PVR and we were so pleased to find that we were able to watch digital channels whilst the PVR was switched on and during recording and playback!

So, if you find that when you turn on your digital video recording device and all of a sudden your once clear pictures turns pixelated, maybe try getting a better TV cable to see if it improves your picture.