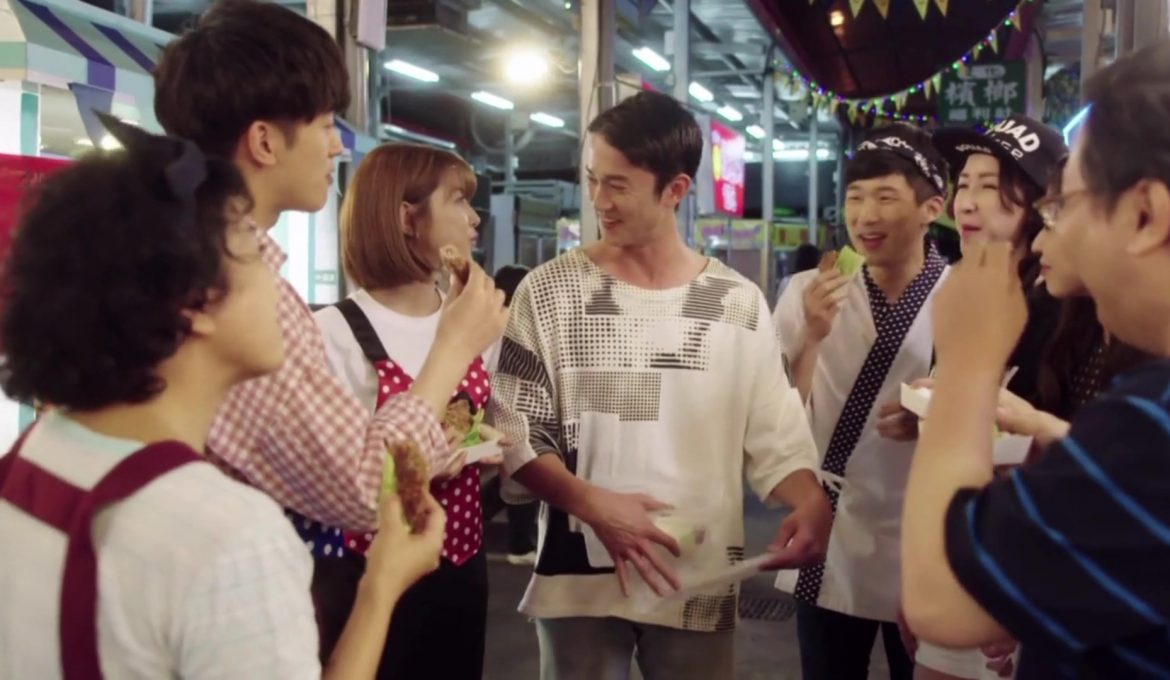 Huo Ting En adjusting to a routine without La Mure is the main focus in this episode with Huo Tian Zhi’s side featuring amongst it.

Overall, we enjoyed the episode. We found the episode dealing with Huo Ting En losing his status and being a normal person pretty interesting. It’s what we had hoped to see.

We’re now interested to see what’s going on with Huo Tian Zhi’s side of things. This episode revealed something very interesting about Huo Tian Zhi.

Ah Wei is brief in asking where Wei Fen Qing had gone to find Huo Ting En. He gets onto telling her some good news he seems impatient to tell her about. It’s news regarding her dream.

“I’ve organised it all for you now. All of us have decided to help you open your restaurant together.”

“Little Xiao Bin said he’s willing to be the manager and consultant for your restaurant.”

While Peng Xiao Bin go over to Ah Wei to argue this fact of him agreeing to be Wei Fen Qing’s restaurant manager and consultant, Huo Ting En shows slight surprise hearing the fact.

Huo Ting En looks a little lost standing in the streets of the street markets. However, it doesn’t take long for him to become excited by the sight of all the produce displayed there.

Huo Ting En cooks his first dish after the previous day’s events that had him express to Wei Fen Qing he didn’t want to cook any dishes for anyone. He notices an elderly man sitting alone and looking at a small shop selling roasted meat next to where he sat. Huo Ting En had initially thought to buy food for the elderly man who looked hungry, but the money he had on hand seemed too little to buy anything. He goes to cook food. He heads to a stall close to where he stood.

“May I borrow your cooking equipment for just a bit?”

After cooking for the stall owner and the elderly man, Huo Ting En arrives home with only a daikon and a carrot. Ah Wei isn’t very pleased Huo Ting En had spent well into the afternoon shopping and only returns with two vegetables that could not feed them all. To make up to everyone for causing them to not have a meal with meat before starting work at their night market stalls, Huo Ting En creates a meat patty made out of tofu. He brings them to Wei Fen Qing and her night market friends at their workplace.

“The Head Chef of La Mure has changed? Is that really Huo Ting En?”

Huo Ting En isn’t able to say anything. He stands there and allows himself to be a spectacle to the two. Ah Wei comes to his aid.

“That’s right. He is indeed Huo Ting En. He’s already left La Mure. Is there something wrong? Can a master chef not be at the night market?”

Huo Ting En’s cooking is enjoyed by everyone. They find his meat patties delicious and tasting like meat. Everyone is surprised when Huo Ting En explains that the meat taste they were tasting was in actual fact made of tofu.

There’s a ‘Help Wanted’ sign on the stall behind. It’s on the stall Wei Fen Qing currently operates. When Huo Ting En queries if it was Wei Fen Qing who’d bought a stall back to operate, Ah Wei explains it to be a stalł he bought.

Ah goes to say that this stall of his will be without a cook when Wei Fen Qing opens a restaurant. Huo Ting En says he can fill the position and immediately goes behind the counter and starts fiddling around. Wei Fen Qing doesn’t find the sight of Huo Ting En behind a night market stall particularly correct when she says he’s a chef trained in France. Huo Ting En doesn’t feel him being behind a night market stall to be not right, however.

“I’m just a chef who came back from France. I’m the same as you guys. You all are chefs also. We are all chefs.”

Ah Wei suspects it’s another reason for why Huo Ting En is wanting to fill up the job position.

“Don’t tell me you’ve come to the night market to snatch away my Chicken Cutlet Prince title?”

“Snatch? No. I come to work for you. You still need to pay me wages. But you don’t need to pay today. Just take it as a trial period.”

Huo Ting En seems to be slowly settling into a routine without his identity as General Manager of Yanis and chef of La Mure. Some time later, we hear Huo Ting En expressing this to Wei Fen Qing after he breaks her out of her study on food.

“I may still not be used to losing my status. That’s right. Huo Ting En—a great chef, General Manager, superior and can command the masses—they all have suddenly been taken away. Of course, I would feel a little lost. However, I’ve thought it through. These are not important. A true chef, no matter where you are, so long as you can cook for your customers and cook for those you like and see their smiles, that is recognition.”

Huo Ting En says he will continue to cook for people. However, he will not start a restaurant. He heads onto talking about Wei Fen Qing’s restaurant. He wants to be her first customer.

We see Huo Ting En’s enjoyment of cooking continues when he goes to make Wei Fen Qing a currywurst. It sees a familiar scene of Huo Ting En teaching Wei Fen Qing how to make it and then explaining the story of the origins of this curry sausage. It’s a forbidden love story of a pair in the World War II period. It was created by a married lady for a German deserter.

“That’s right. I did it. I did it all for you. I just don’t want anyone to threaten your position in the Huo family. Did I do anything wrong?”

Huo Tian Zhi finds out more about Yang Yu Qing’s character when he asks her if she likes him for him.

Yang Yu Qing says she truly likes him, but Huo Tian Zhi doesn’t believe her words. He finds her like to be like towards his Huo identity even after she tells him she likes him. He also asks Yang Yu Qing if she ever loved him. When she provides no answer, Huo Tian Zhi tells Yang Yu Qing he, himself, will take care of the matters regarding the company. This comes after Yang Yu Qing had argued back with saying how much she and his mum had done to return to him what was his after Huo Tian Zhi said he will cancel the engagement.

“I’m not in a very good mood today. I’m not going to continue fighting with you. We’ll talk again tomorrow.”

“There is no tomorrow. We already cancelled the engagement. We won’t meet again. I’ll say it again. I’m saying I will never see you—a self-serving woman whose mouth is full of lies—again.”

Yang Yu Qing gives Huo Tian Zhi a slap across the face for his mean words before leaving. Outside, Yang Yu Qing is in tears, but by no means defeated. Yang Yu Qing express determination to continue on with her ways.

“No one else knows this secret besides me and my mum. Wait. My mum doesn’t even know that I know it. The secret is: I am not some prince of the Huo’s. I am someone my mum birthed secretly.”

The episode ends with Huo Tian Zhi finding himself waking up in an unfamiliar room then finding Meng Ru Xi on the bed where he woke up in. Meng Ru Xi tries to stay still. She waits nervously for Huo Tian Zhi to leave.

We really don’t enjoy fluffy scenes inserted in for the sake of some fluff. This scene that came in at the opening sequence felt like that. We’d much rather the episode started from the scenes showing the next morning. The switching of clothes that cut the steaminess with some comedy to bring the mood back to some fun fell flat for us as well.

This character appears not very often, but somehow she’s built up to be a very dislikable character! It’s Yang Yu Qing doing things against Huo Tian Zhi’s wants and not giving up because she wants to have a right and ability to have a say in things through means of Huo Tian Zhi that make her so dislikable. She couldn’t have any power or influence with her own family’s company, so she tries to obtain it through Huo Tian Zhi. She doesn’t love Huo Tian Zhi and does shady things. We enjoyed hearing Huo Tian Zhi call her a self-serving woman whose mouth is full of lies. She really is.