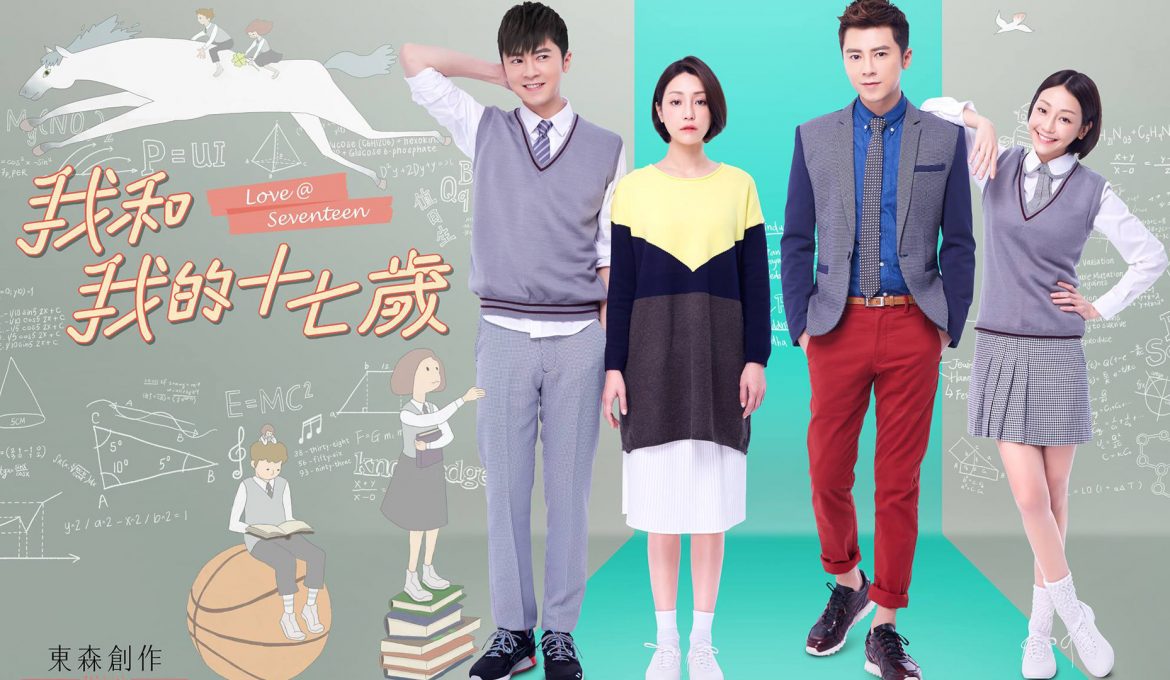 It’s great to see Lego Li in another drama. This time he’s starring alongside Nikki Hsieh! Amanda Chou who had a short appearance in Love Cuisine, Lego Li’s previous drama, is also in this one.

It’s an interesting pairing. Looking at the short clips describing the series, it looks interesting especially when it seems the series will visit the time when the characters were seventeen and the present; but, maybe the series isn’t one we’d totally get into since we do prefer more upbeat and comedic type series.

The synopsis for Love at Seventeen is: ‘Life should not have regrets. If you have a second chance to make amends for the regrets, how would you choose to do it?’ From the information on the drama’s Chinese wikipedia page, it’s set to air after Kimi Hsia’s ‘Thirty Something’ Taiwanese drama which finishes airing in April 3 and this starts airing on April 10, 2016.

Below, we’ve translated the clips. Each of them are very short—just over 30 seconds long. Take a look at Lego Li and Nikki Hsieh’s upcoming drama!

What the hell are you doing?!

A cup of coffee is still a black cup of coffee. At what time did we stop paying attention to our health like this? At this time, we’re busy with work. Life is pretty much boring, isn’t it? If I change now, there might still be time.

The present you, are you well?

We brushed past each other already. This time, am I able to catch up to her? That year, what exactly did we miss?

Bai Shu Lei, what are you thinking about?

To be able to take the swimming championship.

Me? I want us three to be together forever.

Will it be hard?

Hey! The three students over there.

How old are you this year?

Seventeen. I don’t have a particular wish.

Be with a girlfriend!

No! Don’t listen to him speaking nonsense.

I will become a basketball god!