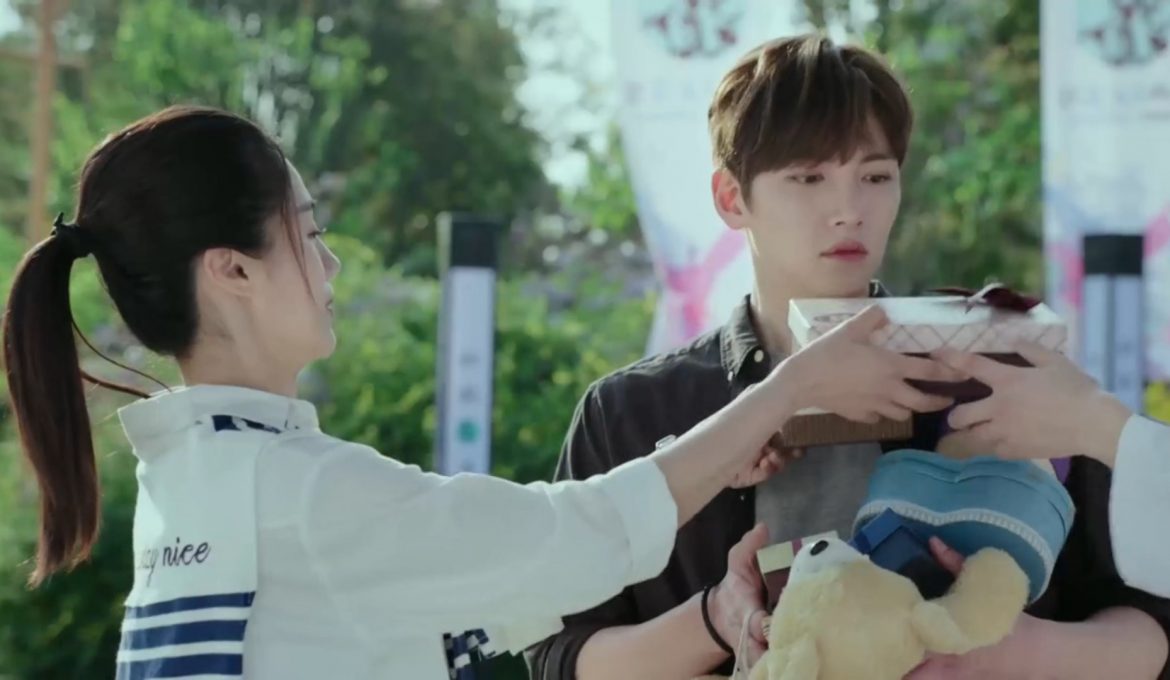 There’s a new character entering. Qi Bai Cao accidentally collides into this new character whilst on the market streets. This new character is quite a cute and child-like character. But something tells us he’s not as innocent or as defenseless as he appears to be. After Qi Bai Cao leaves him, we hear him whining about the fact that this saviour of his is from Song Bai. Later, he successfully enters Song Bai wanting to be near his saviour, Qi Bai Cao, after failing many times.

The topic of Xing Yao has brought down Chang An’s spirits. He thinks of his past actions that led to Xing Yao’s death. Visiting Xing Yao’s grave, he places a wood carving of a martial artist there. This is something Chang An once gave out to students he found outstanding. Fang Ting Hao coincidentally also comes to visit Xing Yao when Chang An does. The wood carving seems to be a disgusting thing for Fang Ting Hao. He throws it away to the ground after he has another round of fighting with Chang An which saw Chang An lose once more because of his injured knee. Chang An retrieves the carving and puts it back onto Xing Yao’s grave then leaves. As Chang An leaves, he reveals how he wished he knew the fact of Xing Yao’s heart disease. He would have then been gentler in the way he told Xing Yao to leave Feng Yun.

Later, neither Qi Bai Cao nor the Song Bai students show they view Chang An any differently after Fang Ting Hao had revealed to them that one of his students was harmed by his training methods. Chang An gets surprised by their actions and words. When Qi Bai Cao comes up to him from behind on her bicycle as he walked, Chang An thinks Qi Bai Cao came looking for him because she needed him to train her. But surprising him, she tells him she wanted to bring him back to Song Bai not because of training, but because he is family!

Qi Bai Cao said the right thing at just the right time! She really inched her way into his heart by a heap with this one!

Chang An gets another surprise returning to Song Bai. His students confirm they had been waiting for him to return. They shower him with gifts! Chang An seems to feel lighter in mood after this. Chang An was still strict with training, but definitely less rigid after this!

What was Chang An thinking when he looked at the teddy bear? Why was his expression like that?

Chang An helps his Song Bai students raise enough money to head to Japan for the next round of competitions! Chang An and Qi Bai Cao looks cute and works well together on an ice sculpture! This one here had Chang An guide Qi Bai Cao in using a chisel to sculpture an area of the block of ice that ends up to be a massive bird-like sculpture! It’s a small moment that we thought was yet another show of Chang An slowly liking Qi Bai Cao!