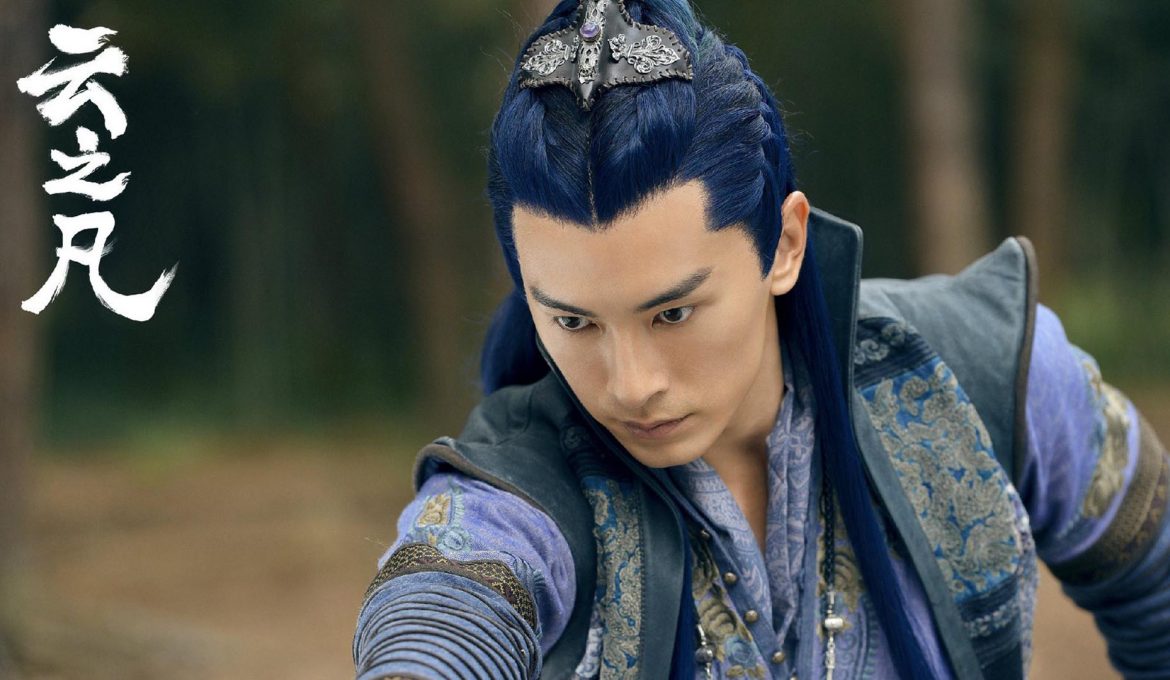 Based on a Taiwanese role-playing game (The Legend of Sword and Fairy), Chinese Paladin 5 is a Mainland Chinese series and Joe Cheng (It Started with a Kiss series, Singles Villa), is in it! Joe Cheng looks pretty awesome in it, especially with that electric blue hair! His character is a demon! A good demon, we would think. As with all historical/wuxia Mainland Chinese series, his voice is dubbed over, so we don’t get to hear Joe Cheng’s voice. Still! We get to see the handsome guy that Joe Cheng is! Yay! Chinese Paladin 5 hasn’t aired yet, but is said to air sometime in 2016.

Here’s the trailer for you to admire Joe Cheng (and all the others :oP :oP)! The video might take a bit of time to load since the video is from tudou.com, so might need to wait a bit. Below the video, is a translation of the dialogue! Enjoy!

Fierce wind camp, young master, Jiang Yun Fan. Come forth the men of each household and participate in a wushu contest.

LONG YOU (played by Joe Cheng)

You like Yu Rou and you don’t know how to say it—it almost has this sort of meaning.

You just stand before her. Look at her with both your eyes and sincerely tell her, “I like you.”

Promise me. You have to be together with me. Don’t leave me. Okay?

I won’t let you be lonely by yourself. We’re together because we have so much experience. I won’t leave you.

You hating demons so much, perhaps it’s possible there will be a day you will fall in love with a demon.

What did you say?

If we’re harmonious, human or demon, why should there be a need to define it so clearly?

Thank you for not blaming me or hating me. We are fated to meet, but not be together. But you, in my heart, will always have weight.

So what if you love? Why should I persevere? I, Ling Yin, have genuinely loved you. So what?

Xiao Man. I feel you treat Long You quite well.

I so do not. That repulsive Long You, he only knows how to bully me day in and day out. He doesn’t let up even a little bit. No elegance.

Us Nüwa descendants have kindness towards the common people. We do not harm people for our amusement.

Why do you help the demon race? Do you want to betray Shushan and assault the human world?

I’m the heir to the demon imperial throne. My life is to fight for my clan.

I didn’t forget your understanding and I’ll be indebted for your guidance.

For the sake of your master, I won’t ask you where you’re going. However, always remember that all things never forget their original intention. The war between humans and demons is imperative.

If you are determined to open up the spirit demon portal, you will surely destroy the human world.

I have long made a pledge that no one will be able to stop my plan.

What if I absolutely must stop you? You and I cannot coexist. If you don’t die then I will perish. I promised Shushan’s masters that even if I don’t want my life, I want to stop you from destroying the human world. The day that you open up the spirit demon portal, it’s when father and son affections cease!

Jiang Shi Li has already prepared well. His objective is Shushan’s spirit demon portal. He must open up this path and separate humans and demons.

(NB: sorry, didn’t have a character image to match to the character’s name.)