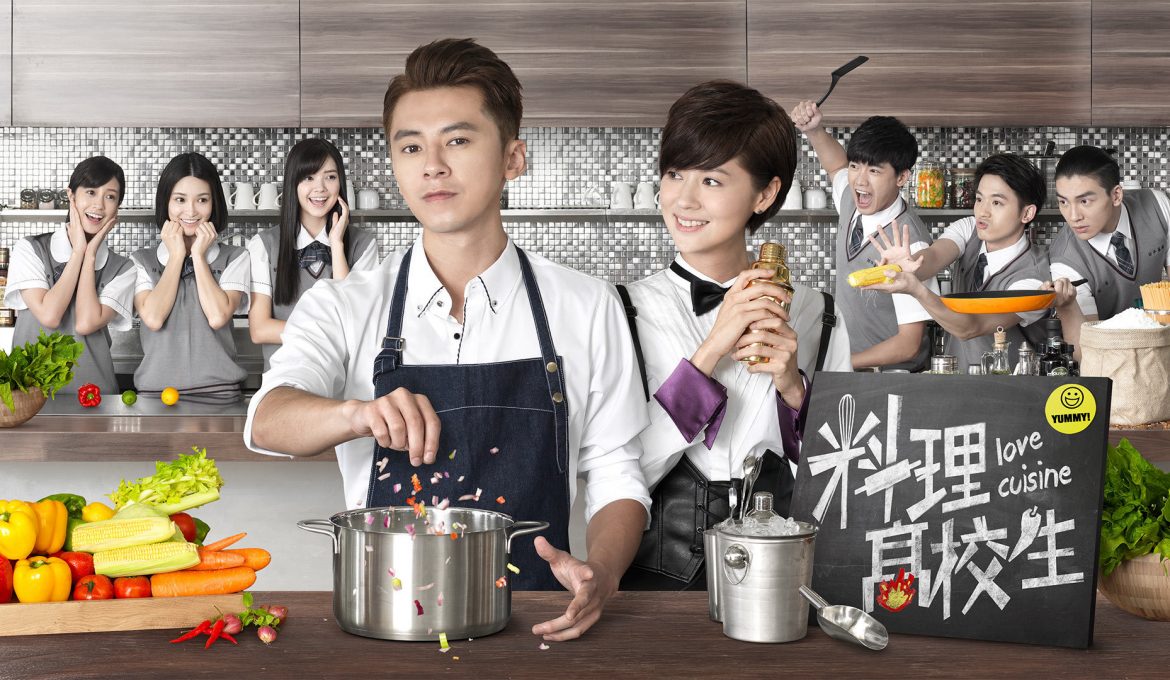 We actually gave ‘Episode 23’ a little quick run through and it wasn’t much of an episode. It was cut-cut-cut to all the scenes of Han Jie and Fang Xiao Rou parts with a bit of Ma Chong Sheng and Liu Xuan. It’s a review of the entire series. The end has a Behind the Scenes of Episode 22. This was the new material in this 23rd episode. It’s no wonder it was titled, ‘After-school General Review’ after it aired (it was listed as Episode 23 before airing on the Chinese wikipedia site. Saying that though, we did check back two days before and found that it changed back to listing it as ‘Episode 23 – After-school General Review’.

We guess for someone who is a super fan of Love Cuisine, they’d appreciate being able to see the whole drama in a condensed 1-hour-15-mins episode. Had the story been well-written, the 23rd episode would have been very nice and given us the chance to visit all the scenes that showed in the After-school General Review episode all over again in that shortened form.

After that not-so-interesting 23rd episode, there seems to be a 24th episode. Can we call it a 24th episode? It’s got the title: “青春line上你” which is roughly and literally translated as ‘Youth line on You’ with a description of being a ‘side story’/’another story’. We can’t guess what this is since we don’t know what 青春line上你 is. It’s got the word ‘line’ in it. Are they talking about the messaging app, LINE? And when they say ‘youth’, do they mean it will focus on the students? Hmm, if it is on the students, we’d be interested in seeing it.

This is the first time we’ve come across a series that continues on from its final episode with changes that makes the series seem never-ending. It keeps adding new ‘episodes’ after the other and we don’t have a clue if it’s going to be the last or they will come up with another episode in the following week. It really does match the way the story went in Love Cuisine—unexpected, unpredictable and coming up with new things that make the story seem like it could continue on forever. Love Cuisine feels like that.

Episode 24—or rather, 青春line上你, we’re curious what this is. Hopefully, it’ll be around somewhere on the net for us to give a squizz of it because we are curious what could possibly follow after a general review episode that the 23rd episode was.

Update 16 Jan 16: Episode 24 was simply like Episode 23, except it’s a recap of the student side of the story in the series.