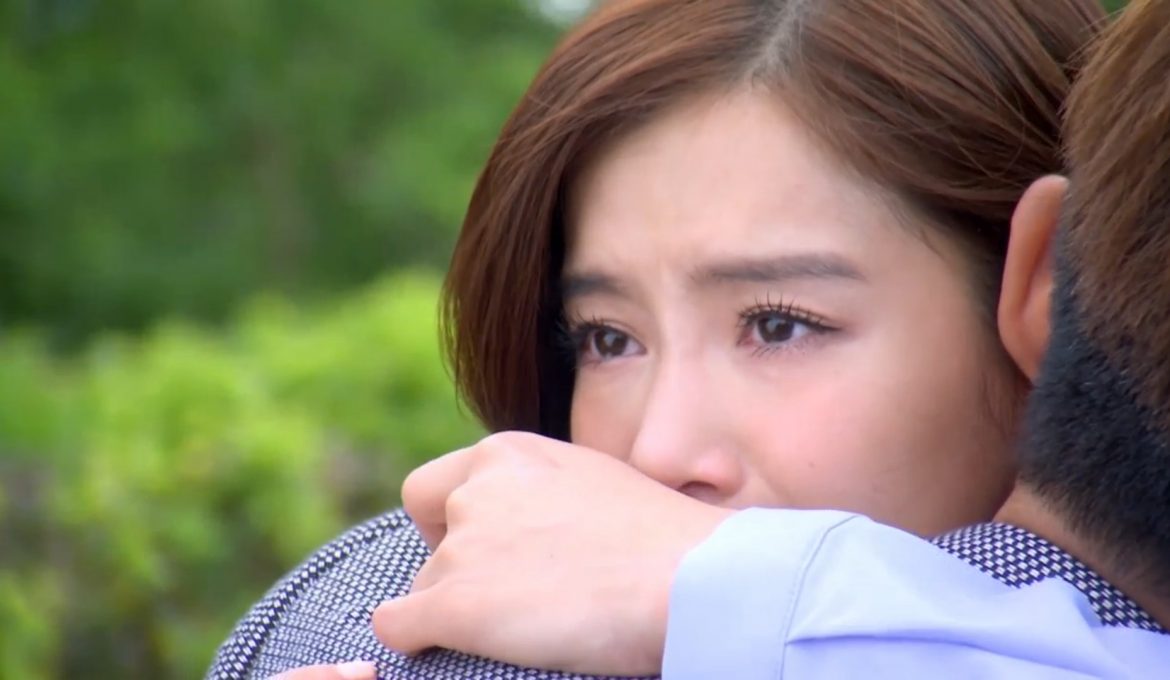 Ji Jia Wei loses his cute dog, Polo, in Episode 18, which makes Guan Xiao Tong worry about him. His colleagues are worried about him, too. This worry from Guan Xiao Tong and from his colleagues leads him towards understanding the reason to why so many things were hidden from him. He begins to understand the reason behind the break-up—that sometimes it happens not because one side has stopped loving: both may still love each other, but in some situations couples separate because it is better to do so for the well-being of the other. Following this, a truly mutual break-up results: Ji Jia Wei lets Guan Xiao Tong go, allowing her be free.

After losing Polo during the day and not finding him, Ji Jia Wei walks by the Renew Agency of Divorce to find his colleagues standing outside waiting for him, worried him being alone in his apartment and the state of him inside. Knowing Ji Jia Wei isn’t the type to express his pain, the gang gives him excuses of needing a place to stay and needing to meet to discuss an important work matter in order to force a gathering at Ji Jia Wei‘s apartment and have a few drinks. As the gang drink and his colleagues become drunk, Ji Jia Wei learns that people find it hard to tell him the truth and that they don’t because they worry it will hurt him. The worry over his internalising of any pain and suffering is so great that in the end they choose not to tell him at all.

It leads him to think about his dad and Guan Xiao Tong‘s struggle to answer him about his mother, connecting his colleagues’ words to the situation. His dad and Guan Xiao Tong may be afraid to tell him the truth, but there were other ways to find out he tells himself: he calls his mother to be surprised by a man answering the phone. (This voice, he recalls hearing once before when the man called his place requesting his mother to answer the phone.) He leaves for Hong Kong where his dad is and discovers the truth about him being an illegitimate son.

Meanwhile, Guan Xiao Tong, who’s been very worried about Ji Jia Wei‘s state (she’s probably the most worried as it was her who tipped off his colleagues and had them hold a gathering to comfort him) drops by his office to check up on him, only to find that he’s not there. She’s led to believe that he’s taking it hard and hasn’t been in contact for a while and wasn’t answering calls, deliberately leaving out the fact that he’s in Hong Kong for a few days. She rushes over to Ji Jia Wei‘s apartment, extremely concerned, calling his phone and calling for him outside his home with no answer. She’s regretting leaving Ji Jia Wei alone at this point. Then Ji Jia Wei returns.

So, Ji Jia Wei is fine after finding out the last piece of information hidden from him. He and Guan Xiao Tong‘s relationship seems to be getting better and better as well. She even stays a little longer in his apartment after initially wanting to go, but stays upon his request. They’re not getting back together though. After Ji Jia Wei talks comfortably with Guan Xiao Tong about the night of the break-up, how Polo helped him get through it which ends with an almost kiss, Guan Xiao Tong makes their break-up a little more final with the return of Ji Jia Wei‘s ring.

Breaking up becomes mutual after the return of the ring, though. When Guan Xiao Tong and Ji Jia Wei is called to help Ji Jia Wei‘s friends, Ah Da and an ill Xiao Ling with their marriage/divorce (Ah Da wanting Xiao Ling to stay with him, whilst Xiao Ling is wanting divorce), Ji Jia Wei finally understands fully that perhaps breaking up and letting Guan Xiao Tong go is best for them. When giving advice to Ah Da and Xiao Ling, Guan Xiao Tong talks about thinking about the future, the difficulties the other might be facing and the need to think about how insisting on staying together will do to the other. She tells the couple that decisions can’t be made one-sidedly. Hearing this, Ji Jia Wei realises that his love was actually putting pressure to Guan Xiao Tong. He realises that his problems with him, his mother and He Zhi Yu affected her greatly.

Guan Xiao Tong confirms this realisation of his. She tells him that being with him, although the happy moments with him were very happy, the sad moments were also very sad. Because of that, she couldn’t imagine what kind of future they had, unlike Ji Jia Wei who knew exactly how their future would be like. The confirmation leads him to promise not to needlessly bother her the way he did in the past. He promises to let her be free before telling her that this time, he will be saying goodbye with a smile. The episode ends with Polo being found and Ji Jia Wei finally allowing the relationship to end on good terms.

Episode 18 helps explain Guan Xiao Tong‘s actions and why she broke up with Ji Jia Wei. Although that may be, we still think there had to be a different way of handling her dissatisfaction with the way Ji Jia Wei‘s problems affected her emotionally other than break up. Guan Xiao Tong being a psychologist as well, we expected her to value communication a lot more than she did and express her thoughts and feeling a lot more regarding Ji Jia Wei‘s issues instead of shocking him with a break-up the moment she could no longer handle the pressure of bottling it all up. Then again, we think that had it not been for Guan Xiao Tong doing all of this, maybe Ji Jia Wei wouldn’t have recognised so many things about himself, about the way he deals with things and how it makes people worry about him, which in turn has the truth hidden from him because of their concern that he might not be able to handle it.

Still, despite the good effect it had on Ji Jia Wei in the end, story-wise, the break-up was sudden and unfair. So, it was nice to see Guan Xiao Tong admit that she was wrong in the way she handled things as well. We like to think that maybe the writer(s) of Murphy’s Law of Love thought that there probably was a better way as well when they had Guan Xiao Tong explain that breaking up was the "easiest" way (which we like to think implies it wasn’t the "best" way). Perhaps they knew it wasn’t the best way, but they needed to direct the story to a certain direction and this was the easiest way to get there, so they used it. Maybe?

Anyway, we do like how the episode ended. We like that a truly mutual break-up was achieved at the end of this. We like that Ji Jia Wei finally can let her go and say his goodbye with a smile. This scene was actually a little sad, but it’s a great set up for what looks like Ji Jia Wei‘s departure from Taipei and possibly moving to Hong Kong to take over his Dad’s company. There were definitely hints in the last couple of scenes of the episode when Ji Jia Wei thought about his question about when his father was retiring, to which his father casually responds "Are you willing to take over from me?". Ji Jia Wei appears to be seriously thinking about it. This should hopefully lead to Guan Xiao Tong and Ji Jia Wei coming back together for a fresh new start without the baggage. That’s right, we’re just going to assume a happy ending for Guan Xiao Tong and Ji Jia Wei. There may be an entrance from Xiang Zi Yan (we feel he hasn’t exited quite yet), but whether it be in the present or some time in the near future, Guan Xiao Tong will realise she loves Ji Jia Wei and will go after him. It’s time for her to persevere, obtain what she really wants and break free from her Murphy’s life. If it turned out any other way, how could it call itself a romance drama? :oP :oP.