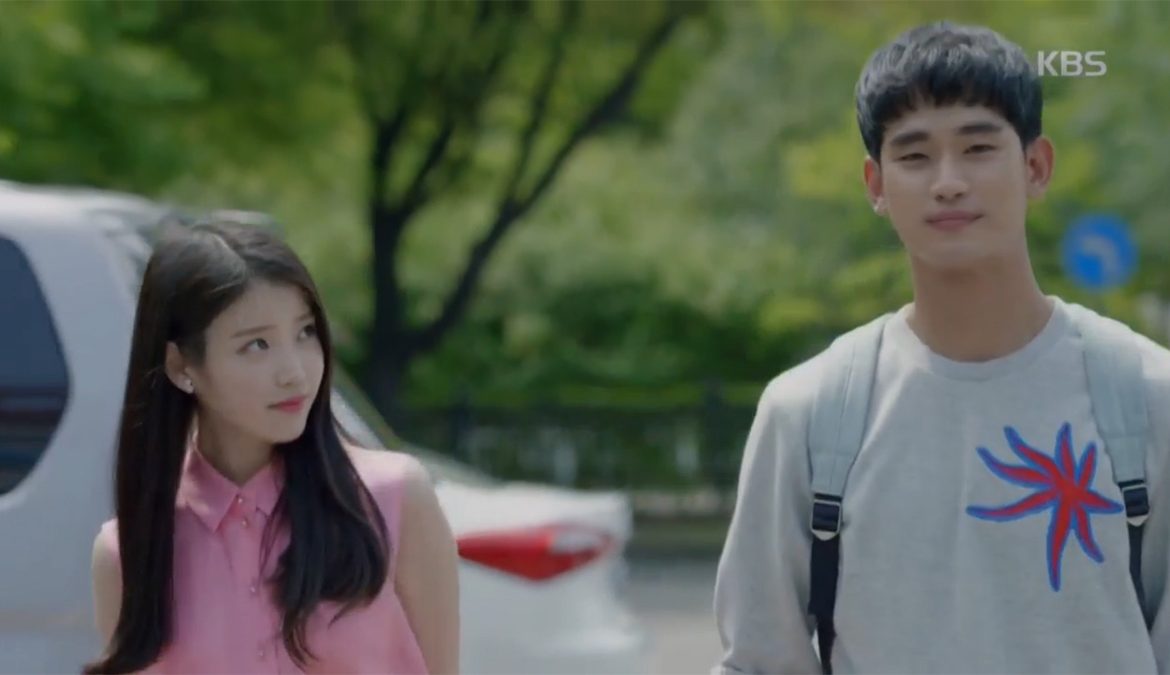 We were up the screen, reading every subtitle and looking at how much time was left of the last episode. We didn’t want it to end! When it did end, we were left wanting more even with the epilogue at the end. We wanted to see more of how Cindy was doing after she left her agency and see more of Cindy and Baek Seung Chan together. If only there were a special mini-feature to cover these things, we’d be so happy! But we aren’t saying we weren’t satisfied with how The Producers ended. The positive and optimistic final episode made it good enough to figure out what was possible, so we’re satisfied!

For some time, we’ve not found a Korean drama that we looked forward to watching every week, but The Producers was one that did with its different style. It’s a mockumentary style drama that slowly becomes a Korean drama by the end of the series.

We think the style of The Producers is what made it so awesome to watch. It’s a mockumentary so it’s easygoing, fun and comedic. The mockumentary style also means that characters talk to the camera like they are talking to the audience. It’s something we love about mockumentaries. These talks to the camera from the characters making comments revealing their thoughts on the events we see playing out, can at times tell us a bit more about the personality of the character underneath what they display on the surface. Baek Seung Chan, for example, we got to see that he has a bit of a devilish-streak underneath his respectful character. The mockumentary style also means that there is interesting commentaries on variety show making and the entertainment business which has been great food for thought!

The plot in The Producers wasn’t very complex. It’s simple with the main storyline following a group of every day folks working in an office of a broadcasting station. It follows a set of programme directors working on their variety shows. We see them casting, filming and editing. We see them in their off work times drinking, eating and talking about work and their lives outside of work. The plot and characters are comparatively plain and regular against the typical Korean drama, but why we love The Producers so much is that the simple plot and simple happenings are done very well with humorous characters and situations with a good love quad.

Because of its simple plot, The Producers appears to not have much drama happening, but it actually does. It comes in through the character, Cindy. Cindy was one of two characters we had found interesting from Episode 1 (Baek Seung Chan being the other one!) and we feel she is the stand out character in the series. She was the one that gave the mockumentary style a bit of drama with her story of being a chart-topping pop-star who is lonely, unhappy and is at odds with her agency’s CEO who only thinks of company profits. Cindy’s problems were kept light and weren’t the main focus of the series, but her character provided The Producers that drama atmosphere that is felt in the typical Korean romance/drama series.

What also helped make The Producers feel a little more like a drama was the love quad in the series. It didn’t come in until a third way into the series; and so, before then, the series felt very much like a mockumentary. When it did come in and became the focus, the series definitely felt closer to the feel of the typical Korean drama.

And finally, we’re always amazed when a series can make us like all of the characters and be able to make us root for each of them individually and not be disappointed if our favourite characters don’t end up with each other. Additionally, we enjoyed the supporting characters in The Producers, e.g. Go Yang Mi (the admin lady who was obsessed with stationery supplies) and Kim Hong Soon (Go Yang Mi’s arch enemy turned lover). We also enjoyed the smaller characters like Kim Da Jung (junior writer under Tak Ye Jin).