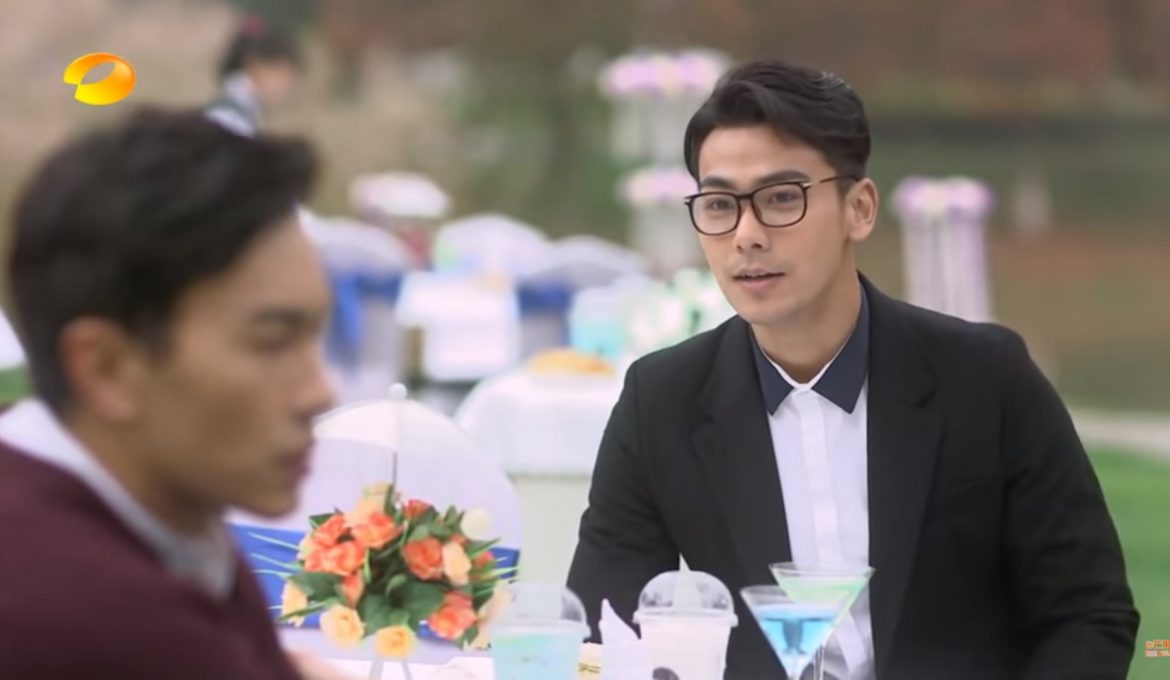 Our hope for Singles Villa to be a better watch than Joe Cheng’s previous drama, You Light Up My Star, is looking more and more like it won’t be realised. After watching the first three episodes and thinking it had potential, the following episodes didn’t pick up. The series became a bit of a struggle to get through in fact. Now at Episode 15, we’re close to giving up on the series, which is so sad.

This series had all the ingredients to allow it to make for an interesting watch: a group of singles living in villas that prohibits romantic relationships, a serial killer in their midst, a love triangle between childhood friends, a wealthy heir with a secret identity, but it fails to capture attention as the series fails to use what they already started and build on the arcs/plots.

We thought the serial killer plot was going to feature a lot more, but so far, Viper (as the serial killer is known as) has not been used much after the first episode. The stalking of Jiang Ke Xin at the beginning of the series was pointing to the work of the serial killer, but in the end turned out to be one of the residents at the villas being suspicious of Jiang Ke Xin. Qiao Sheng Yu was used to appear like Viper to throw the audience off, but it didn’t really work as you could guess Viper was the psychiatrist treating Qiao Sheng Yu at Episode 6; a couple episodes later, it was pretty much clear the psychiatrist was Viper. So not only was there not much happening nor suspense with the serial killer plot, there was not much mystery either.

The love triangle between the Jiang Ke Xin, Qiao Sheng Yu and Chi Bo Yuan was a non-feature as well. We’re not too disappointed about that, but if the series was going to bring in Chi Bo Yuan as a childhood friend who’s in love with Jiang Ke Xin, then we expected to see Chi Bo Yuan to show up more in the story, be used to support Jiang Ke Xin, and develop the history of their friendship or something and give the relationship a bit of substance. The series does not give Chi Bo Yuan much screentime in the 15 episodes we’ve seen. The time he does get, we find that very little development happens, not only between Jiang Ke Xin and Chi Bo Yuan, but with Chi Bo Yuan‘s character. It makes us wonder why Chi Bo Yuan exists in the series.

We not sure how the last nine episodes will go but if the first fifteen episodes are anything to go by, it’s going to be a struggle for us to finish Singles Villa. So disappointed. Yet another Joe Cheng series that didn’t manage to meet expectations. : o( : o(. We were really hoping this series from Joe Cheng was going to be good one. We had hoped Jiro Wang and Joe Cheng’s characters had more interaction, too. Guess, we’ll have to wait for Joe Cheng’s next series. Jiro Wang, we don’t have to wait long as he already has a series out which he not only stars in but produces called, The Crossing Hero! It’s a historical-time travel series. Already loving the genre combination. We’ll definitely be heading over to this next series from Jiro Wang!