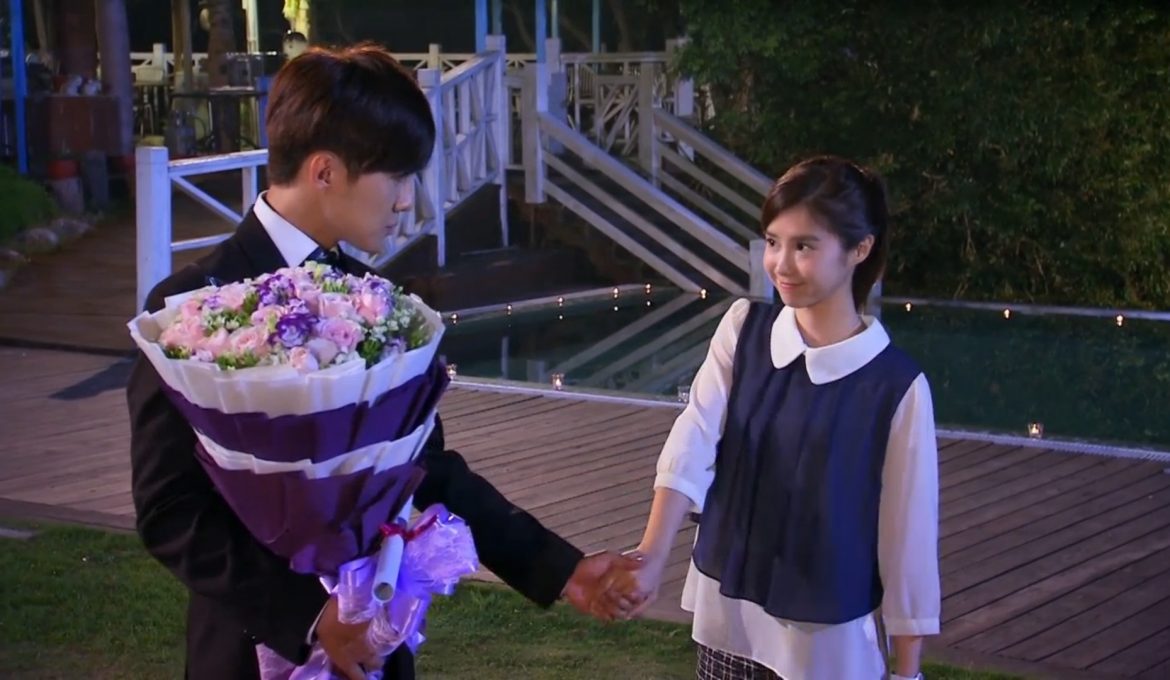 Last week’s episode, Episode 6, was a slow watch, but this week’s episode was very nice with the series back to some great Guan Xiao Tong and Ji Jia Wei scenes. Guan Xiao Tong doesn’t ignore Jia Ji Wei anymore and she actually pick up on and respond to Ji Jia Wei‘s gestures! Yay. When Ji Jia Wei confesses his feelings to her, she doesn’t refuse them either. But then, she still hasn’t accepted him into her heart.

In one of the scenes, she’s seen energetically greeting Xiang Yi Zan and heading out on sort of a ‘date’, a cooking date with Xiang Yi Zan, even after Ji Jia Wei‘s made it clear to her that he’s interested in her. Most people probably find this response of hers mean. We, though, like that the two guys are still on even ground despite the confession and all the nice things Ji Jia Wei‘s done. Knowing that Ji Jia Wei‘s break-up with his ex, He Zhi Yu, is a misunderstanding, she still has reason to stay a little closed off to him. Guan Xiao Tong‘s behaviour will not appear so mean when He Zhi Yu comes in and (presumably) Ji Jia Wei will not be so clear about his feelings for Guan Xiao Tong. From the looks of the preview for Episode 8, it looks like Ji Jia Wei‘s ex, He Zhi Yu, is making her entrance into the story next episode.

Rooting for Guan Xiao Tong! It should be great!

(We do wonder if Guan Xiao Tong‘s ex will make an appearance… But then, she has her own admirer already with Xiang Yi Zan, so maybe her ex won’t.)