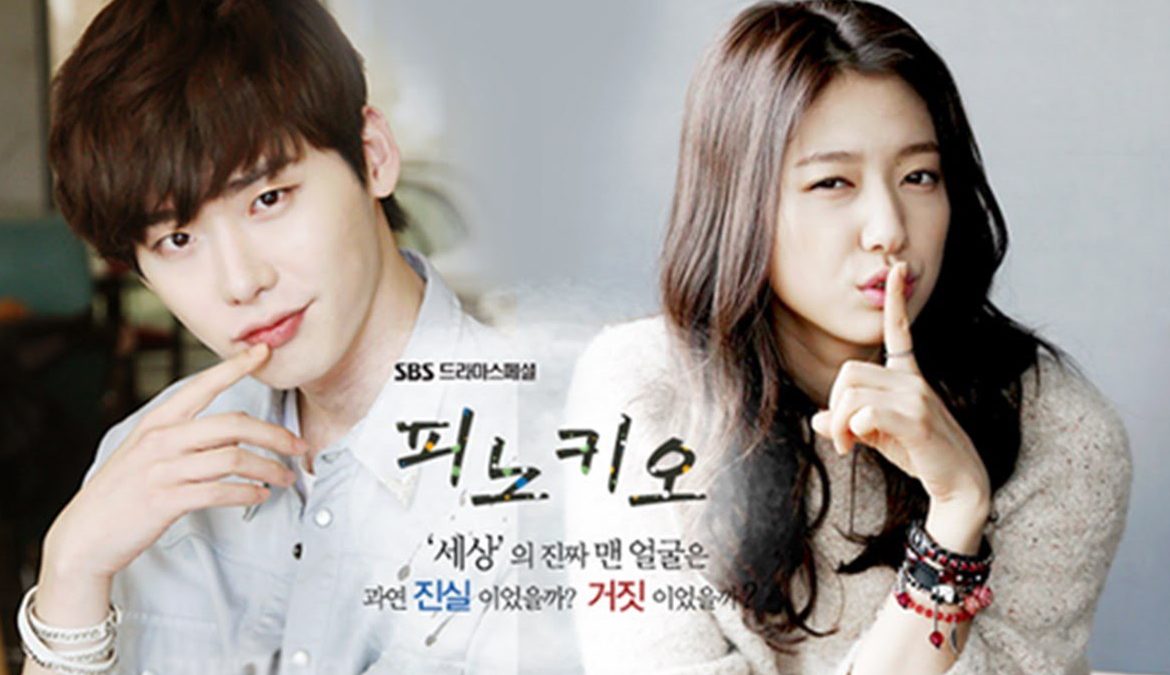 We’re not sure what makes Pinocchio worth the record price of US$280,000 per episode which Chinese streaming video site, Youku-Tudou, is reported as having paid for the rights to stream the Korean drama, but after catching up with the first eight episodes, we are liking Pinocchio.

The inciting incident is a factory explosion which occurs almost a decade ago. Chief of Fire, Ki Ho Sang (Jung In Gi) and his squad is called to the scene to extinguish the fire and rescue the workers caught in the explosion which leads to the death of nine firefighters, with Ki Ho Sang missing in action. The media alleges Ki Ho Sang as having escaped the scene in order to save his own life, causing his family to be ostracised by their neighbourhood and national scorning. It destroys the family—with Ki Ho Sang‘s wife committing suicide; their youngest son, Ki Ha Myung (Lee Jong Suk), believed to have died along with his mother (he’s later found to have been rescued by an elderly man off an island); and oldest son, Ki Jae Myung (Yoon Kyun Sang) to live through the tragedy alone.

Present day, Ki Ha Myung lives under the name of Choi Dal Po under the same roof as Choi In Ha (Park Shin Hye), the daughter of the journalist who played the main part in destroying his family, and has become a journalist (an unlikely profession for him as he despises anything to do with TV and the media, but he sees this profession as the way to seek answers and his brother). Ki Jae Myung is a water delivery man and linked to a murder which Ki Ha Myung/Choi Dal Po is investigating.

The series is not the kind that has a gripping hold, but the tragic outcome caused by unfounded reports of the media, Ki Ha Myung‘s hidden identity and living with the family related to the reporter that played a part in the tragic events years ago sets up the drama well. We find the theme surrounding the power media and its ability to sensationalise the news a good theme to base a drama on, too.

Having Ki Jae Myung commit a crime against one of the men responsible for his father’s death (it’s revealed he died at the site of the factory explosion) is a road we wish the drama didn’t go down, though. With Choi Dal Po following leads, there’s a possibility he could harm Choi Dal Po, not knowing he is his younger brother. Not only that, but his past is already tragic enough, it’s hard to watch the character go down this way. Hopefully, the drama will somehow rescue the character. The last scene of Episode 8 had him rescue a boy about to be hit by a truck involved in a high speed police chase, we’ll be waiting to see where this heads. Since it’s only about halfway through, it may be the start of the drama that’s to come. We’ll see!