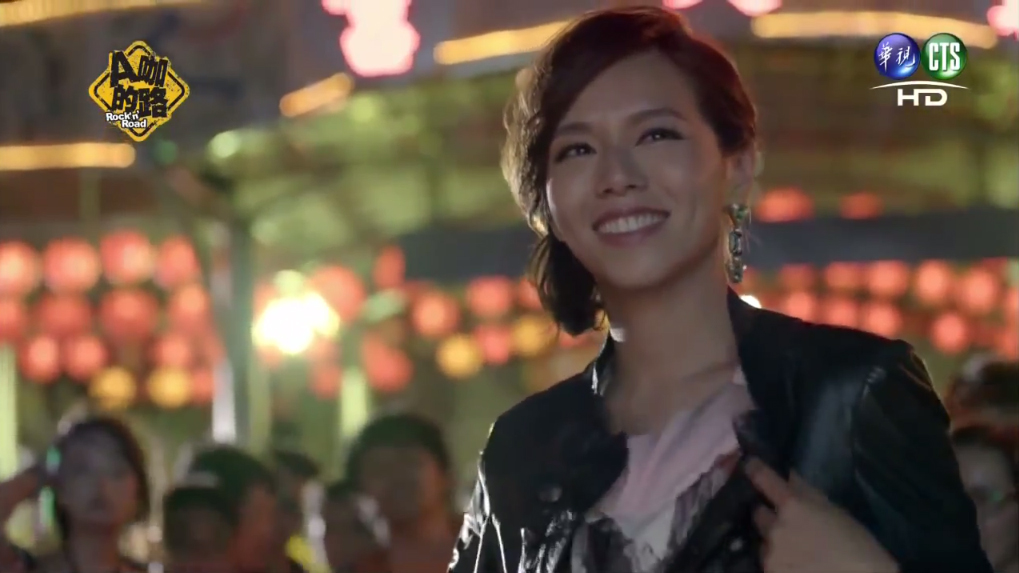 We finally come to the last episode of Rock N’ Road. It was a final episode that tied everything up fantastically and everything led up to a very satisfying end.

This final episode, Lin Wei Zhen rises to an A-list star. Meanwhile, Zhou Shu Yu falls to a regular person. Zhou Shu Yu never recovers from his condition and it sees him no longer able to produce music and his days consist of judging and recruiting talent for Power Mfusic (Old Ge‘s company).

It’s sad how this was what became of Zhou Shu Yu. Thinking about how the song he wrote for Lin Wei Zhen in the earlier episodes was his last one makes us so sad! We did hope that Zhou Shu Yu would recover and produce many more. Saying that though, we actually didn’t have any expectations and this is actually not a bad way to go, especially when we can see that it works to tie things up nicely and interestingly. We noticed that things were, scene by scene, concluding with flipped versions of scenes and situations of past episodes. They progressed in reverse order until finally it reached to how the series opened.

This is the second series we noticed that had the final episode progress in the reverse order of how it began with circumstances and actions flipped positive until it reached to the opening scene of the series. Just You (2013 Taiwanese series starring Aaron Yan and Puff Guo) was the other one. After seeing Rock N’ Road and Just You, we’re thinking this way of tying up a series is a technique common with Taiwanese series of this type.

There were a couple of sections of the episode that stood out for us.

The first one was the audition scene that took place around the middle of the episode. Lin Wei Zhen makes an appearance in the middle of the auditioning process, surprising Zhou Shu Yu and Xu Li Da who’s on the judging panel. Lin Wei Zhen enters with the media and her famous A-list boyfriend in tow. She becomes a part of the judging panel. At the end of the auditions, Lin Wei Zhen and her A-list boyfriend are surrounded by people wanting autographs with reporters and cameras covering it. Meanwhile, Zhou Shu Yu is off the stage watching on.

What’s interesting about this scene is that we see how much Zhou Shu Yu has dropped in status: unlike the past, not one camera or reporter turns or probes him for words. This audition scene is also interesting in the way that this is the first time Lin Wei Zhen and Zhou Shu Yu are in the same location since Lin Wei Zhen became an A-list star and it’s the exact place and setting the two first met when Zhou Shu Yu was renowned genius music producer and Lin Wei Zhen was a has-been child star who struggled to get a break. Now, their situation is flipped around: Lin Wei Zhen has transformed into an elegant diva who is stronger and more influential than Zhou Shu Yu. She’s cold, distant, firm and confident (Lin Wei Zhen has become this way not because of her A-list status, but because of Zhou Shu Yu‘s decision to take himself out of the relationship he was in with Lin Wei Zhen and it caused a separation between the two); while Zhou Shu Yu, though he’s not a complete unknown, his opinion is not as respected as Lin Wei Zhen’s as she overpowers him in the judging panel they both occupy.

Though the power balance between the two is switched around in these scenes, the following scenes, we somewhat get to see a return to the old situation and ways with Lin Wei Zhen chasing after Zhou Shu Yu as he coldly brushes off her questions regarding their relationship and walks away.

The other part of the episode we found to stand out is the final section of the episode where The Winner band returns back to the stage at Jinshan’s Chaotian Palace to do a New Year’s Eve celebration and countdown to the New Year like how they had ten years ago.

It progressed similar to the opening scenes of the first episode: having overslept from a hangover and a car rear-ending into the taxi Zhou Shu Yu was going to take to get to the location, he gets a ride on a motorcycle. On the way there, he becomes side by side with another motorcycle. The passenger of that motorcycle is Lin Wei Zhen. Zhou Shu Yu, however, doesn’t recognise her under the motorcycle helmet, glasses and cloth covering her nose and mouth. He makes it on time to meet up with The Winner band moments before they are set to go on stage to perform; however, they are told their performance is cancelled because the stage has been given to an A-list star. Just like the beginning, against authority, they go up onto the stage anyway. Unlike back then, The Winner band never found out who the A-list star was that was supposed to perform when she never makes it onto the stage on time. Ten years later, the same A-list star still arrives late, but this time she manages to get through the crowd of people, her motorcycle breaking up the crowd, allowing her to reach the front of the stage. She finally reveals herself to The Winner band, after which, both The Winner band and the A-list star, Lin Wei Zhen, share the stage to perform the opening theme song of Rock N’ Road, Mayday’s You’re the One and Only.

This was by far our favourite part of the episode! It was awesome watching the events unfold like the beginning. It was an awesome way to close the series as well.

The performance is followed up with Lin Wei Zhen and Zhou Shu Yu happily back together and yet another kiss between Zhou Shu Yu and the now A-list Lin Wei Zhen! :oD :oD. Rock N’ Road really doesn’t hold back on the kisses between their lead characters! We’ve lost count how many times they kissed! Haha. Not really. There weren’t that many times we lost count, but there were quite a lot, a lot more than usual. We’re not implying they weren’t necessary, though. All of them were sweet, didn’t lose effect and had purpose. The kisses in Rock N’ Road were most definitely necessary! :oP :oP.

This series has been one that we couldn’t wait to watch every week. It was one where we stopped ourselves from immediately watching when each episode released because we couldn’t bear to wait a whole week for the next episode to come. We only watched each episode a day or two before the next episode aired and released. That way, just in case we couldn’t wait, we’d have the option to watch the next one without waiting a whole week!! (We know, it’s still the same whether we waited until a couple days before the next episode aired or watching it immediately; but, the waiting time just seems so much shorter when we watched it like that! :oD :oD)

Rock N’ Road is definitely a recommended watch. We’ve thoroughly enjoyed the simple and well-written story; we loved the ensemble of characters that made the story so interesting; the performances from the lead actors, Wu Kang Ren and Kimi Hsia, were awesome; and the soundtrack of Rock N’ Road really fits well with the theme and feel of the series. Rock N’ Road started off awesome and it ended off awesome! There isn’t anything more we want or wish to happen in Rock N’ Road with such a satisfying conclusion to the series!