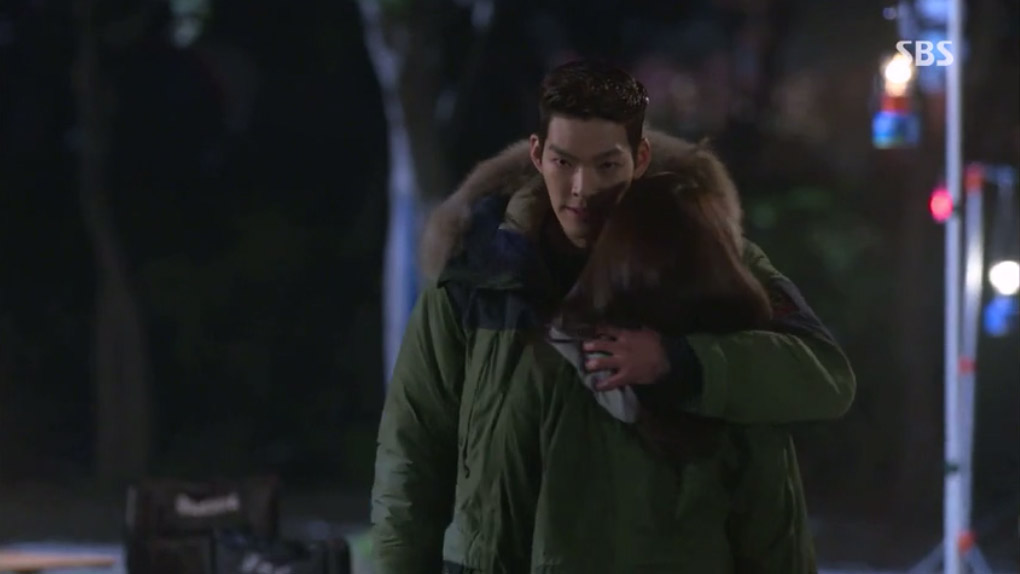 Confessions, break-ups, fist-fights, others pretending to be other’s mother, threats of ending an engagement. So much goodness.

No longer is it unspoken: Cha Eun Sang makes it known to Kim Tan that she likes him. But it’s no happy matter for Kim Tan. She tells him that it’s not enough that they like each other. Not only are they different, but they are both targets. He can’t protect her when he needs to protect himself from his own family matters. She sends Kim Tan over the edge when she refers to him as “master” during yet another argument about them being different. Upset that she never once yielded to any of his wishes (when he’s made every effort to reduce the distance between them), he gives up in defeat/anger and for a time moves away from her, which pains Cha Eun Sang. After Cha Eun Sang makes a small effort to move towards Kim Tan by entering his room, he tells her that he will find a way to make sure there aren’t boundaries she cannot cross.

Yoo Rachel losing her patience with Kim Tan, she threatens with wanting to end the engagement with him in front of her mother and Kim Tan‘s registered mother, Jeong Ji Suk. Kim Tan‘s father is disappointed in him, pointing out that in order to ensure his future in this world, he needs to marry Yoo Rachel.

Choi Young Do and Kim Tan are still fighting it out hard. Kim Tan‘s mother, Han Ki Ae, and Choi Young Do‘s father are brought into their fight against each other. No one coming out the victor with only everyone hurt, they agree to leave their families out of their fight—which, as Choi Young Do points out, leaves only Cha Eun Sang left in the fight.

Choi Young Do visits Cha Eun Sang‘s (old) address gained from the travel information Yoo Rachel had taken from Cha Eun Sang and finds out that she is not ‘New Money’ (a label given to transfer students recently come into wealth) and is a welfare scholarship student. He confronts Cha Eun Sang about the information he found out, but it seems he is there not to chase her out of the school, but to gain her attention. His visit to Cha Eun Sang‘s workplace ends with a confession of his feelings, telling her that he likes her, which surprises her. He adds, “But you don’t like me, right?” (The Heirs has a great way with these confessions of feelings. So low-key and straight to the point. Like.)

Choi Young Do has an admirer, too. Kang Ye Sol seems to like him.

Cha Eun Sang‘s family background is revealed to the school, but it’s not one she knows. After taking a call from the school for Park Hee Nam and failing to decline to attend the Parents’ Meeting, Han Ki Ae attends it as Cha Eun Sang‘s mother. The school’s suspicions and doubt over whether Cha Eun Sang is New Money or a welfare scholarship student is put to rest as news spreads through the school that her mother is impressively wealthy. Now the only people who knows her true situation is Yoon Chan Young, Lee Bo Na, Kim Tan and Choi Young Do. (However, within the school administration, there is a call for more information on Cha Eun Sang‘s background—which is most likely to set up and lead to the arc of Kim Tan‘s true family situation.)

Han Ki Ae attending the Parents’ Meeting as Cha Eun Sang‘s mother is one of our favourite scenes. It was awesome to see her out and about, showing up all the proud mothers at the meeting. Han Ki Ae made a super generous contribution to take care of a significant portion of the expenses for the upcoming school camp, beating out the contribution from Esther Lee who took care of the outdoor clothing for the students. Her opinion of Yoo Rachel‘s mother is not good either: Han Ki Ae referred to her as a bitch wearing candy balls during a conversation in the washroom with Jeong Ji Suk. It’s nice to know that at least she has a sort of a close relationship with Cha Eun Sang‘s mother, Park Hee Nam. Looking good for Cha Eun Sang!

There hasn’t been a lot of scenes showing how much of an outcast Cha Eun Sang is at Jeguk High. Episode 10 showed a number of them where, without Kim Tan at camp, she was very much alone. Choi Young Do does accompany her, but he often drives her away with his words and bully-like actions. Her only friend Yoon Chan Young was only seen with her once. By the end of the first night of camp, she ends up calling Kim Tan. She never gets through as Yoo Rachel (who looks to be also calling Kim Tan?) catches her calling him. Cha Eun Sang gets slapped. Before she gets slapped a second time, Choi Young Do saves her and drags her away. Kim Tan, who apparently decided to attend camp after all, arrives to see Choi Young Do possessively pull Cha Eun Sang into a hug.

So, Kim Tan or Choi Young Do? The series is making it really hard to just root for just one. Both the characters are so similar people with stories that are equally interesting and equally deserving of sympathy and support. Before, there was the fact that Kim Tan was the nicer one whilst Choi Young Do was intimidating and antagonistic so there was a reason not to root for Choi Young Do (having said that, we’ve always found Choi Young Do interesting); but after watching Kim Tan take revenge on Choi Young Do by going to his father and ‘apologising’ for getting into a fight with him, it showed that Kim Tan can play as dirty. (Choi Young Do was scolded and hit by his father after Kim Tan‘s actions: Kim Tan knew this was going to be the reaction and used it to his advantage to get him back for hurting him and his biological mother.) There’s nothing separating them now. Choi Young Do or Kim Tan?

If only a series could have two male lead characters. If only both guys can win and wear the crown.

Episodes 9 and Episode 10. Two of the best episodes to date. Heart!