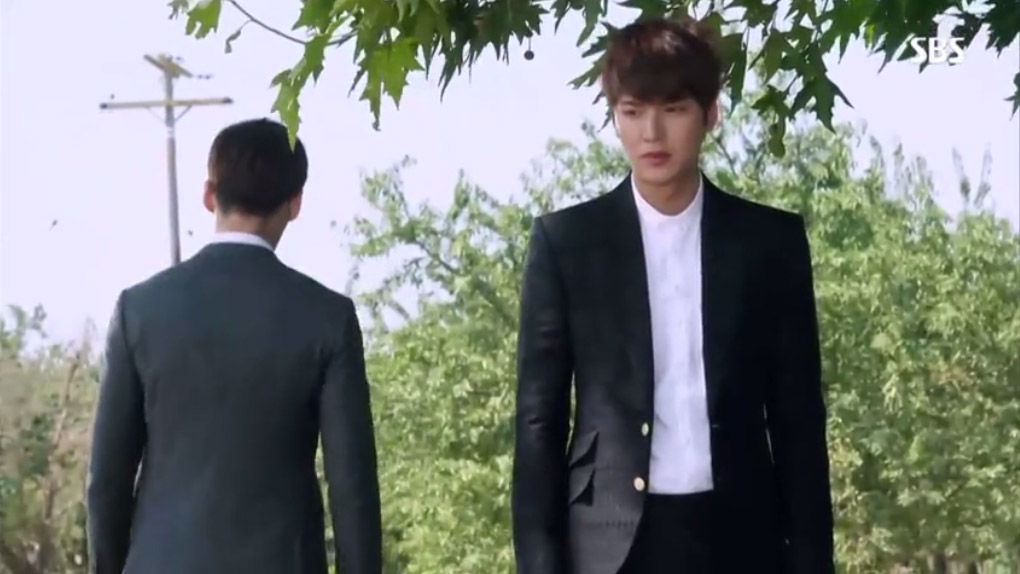 The series is starting to build. The family tree and how the characters relate to each other is being established—friendships, broken friendships, past relationships. There’s quite a lot to take in!

Kim Tan‘s story is getting interesting. It seems Kim Tan was sent off to the U.S. by the one he liked/respected most, his older brother, for something he did. Kim Tan looked like he really wanted acknowledgement from his older (half) brother in one of the scenes. It was sad Kim Tan didn’t received a more friendly welcome. We’re waiting to see exactly what happened that caused this rift.

The Kim Tan character is pretty cool, too. He’s not the typical rich, cocky character (very different from Gu Jun Pyo from Boys Over Flowers for sure!). He’s relatively down-to-earth and his fashion is not as obviously expensive. We like that he doesn’t beat around the bushes. He’s refreshingly unreserved with his thoughts and feelings. It’s a nice change. Can’t wait to see more of his story and what happened between him and Choi Young Do that caused a fall out in their friendship.

Heirs is a pretty good watch. It was a good watch from the beginning and we’re glad to see it still is. It’s got some really interesting characters with back-stories; their intertwined relationships are what makes the series interesting. The interactions between characters are quite entertaining too: we really like the interaction between housekeeper, Park Hee Nam (Cha Eun Sang‘s mother) and Han Ki Ae (Kim Tan‘s mother/Park Hee Nam‘s employer). Sometimes they are quite comedic.

The relationship between Kim Tan and Cha Eun Sang is developing quite quickly—at least on Kim Tan‘s end anyway. Within three episodes, we know Kim Tan likes Cha Eun Sang; but we’re not sure why. Still waiting to see if there is a story behind why he is attracted to someone like Cha Eun Sang and so quickly, too. There’s something missing. It might be that we haven’t quite figured out what it is about Cha Eun Sang that Kim Tan likes and there really hasn’t been a moment where Cha Eun Sang has shown a strong interest in Kim Tan (because of their class difference). They are still great together. Really enjoying Lee Min Ho and Park Shin Hye in their respective roles at the moment as well!

Looks like there will be quite a bit of conflict in the series with all these intertwined relationships. It should make for an interesting watch!