Home ⁄ Julia and Tania's World ⁄ English Grammar: Which is it, I or me? 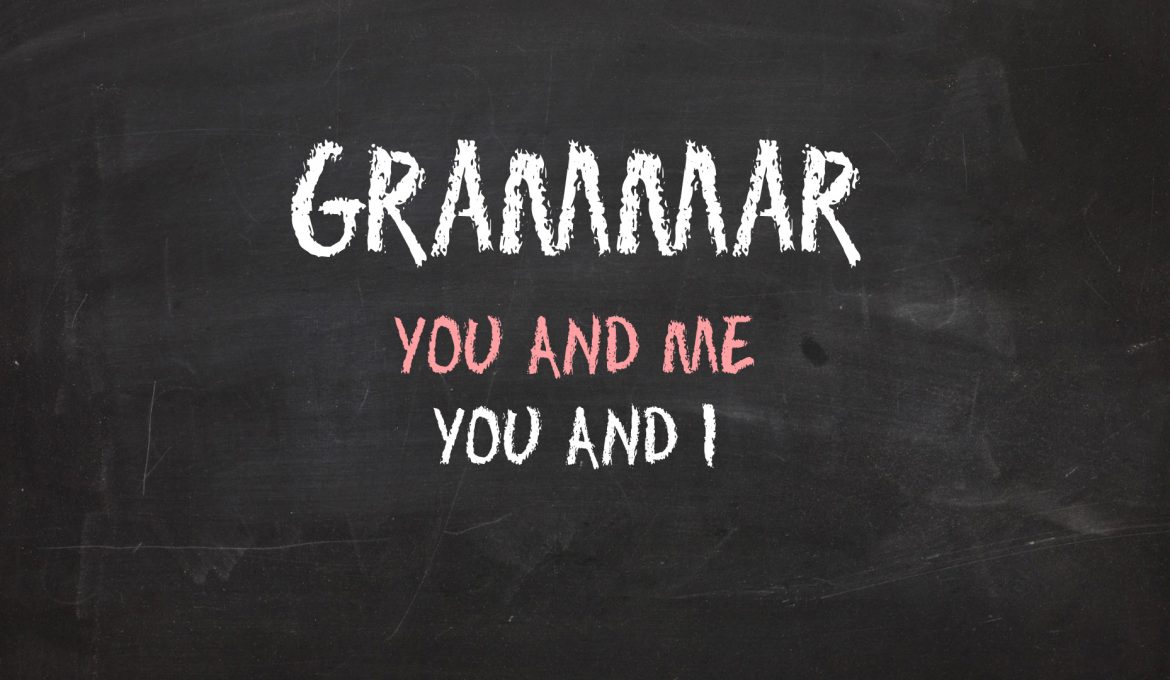 We were reading some stories online the other day and a line in there made us think, “It should be ‘me’ here, not ‘I'”, but then wondered if we were correct. We’d say we are not too shabby with grammar, but there are still times we have question marks, especially sentences with ‘You and I’ or ‘You and me’. So, when is it that it’s correct to say “you and I” and “you and me”?

We consulted our trusted grammar book, “Grammar for Dummies” that’s been sitting in the bookshelves gathering dust (no, not really, it was dust-free, but we haven’t opened it up in a while) and looked up all the pages that talk about ‘me’. It told us:

ME is defined as an object pronoun.

An object pronoun is a noun that act as objects: me, him, her, you, them, us, it. Object pronouns receive actions.

I is a subject pronoun.

A subject pronoun is a noun that stands in for/refers to a subject: I, he, she, you, they, we, it. Subject pronouns performs actions.

In other words, subjects does things to/with objects:

“Jon (subject) pushed me (object) into the elevator.”

“I (subject) pushed Daisy (object) into the elevator.”

So ‘me’ can never be subjects of sentences (it’s an object pronoun!) and can only receive actions from those performed by subjects like ‘I’—a subject pronoun. Therefore, with that definition, the example sentences below, sentence A is correct while sentence B is incorrect:

Jon is a subject. ‘I’ is a subject (pronoun), but ‘me’ is not a subject but an object. You can test sentence A is correct and B is incorrect by removing one of the subjects (remove Jon) from the sentence:

A: I pushed Daisy into the elevator.

B: Me pushed Daisy into the elevator.

It seems not all writers are great at grammar, or maybe writers do know, but it’s their characters who speak incorrectly (writers are only writing them realistically).

‘Between you and me’ is the correct one.

The explanation is that object pronouns (such as me) follow prepositions (at, between, towards, for, come, through, under, to, in, etc).

You can again test which is incorrect by removing one of the subjects (remove Jon/You) from the sentence. Removing Jon/You in the correct sentences gives you—

Daisy came towards me
It’s time for me to cook
Daisy bumped into me on purpose.

When we think we’ve got it down-packed, there are sentences like “It is me”—”It is me who took the dog for a walk”. In these sentences, using me sounds right, but the sentences should be spoken with ‘I’.

It is I who took the dog for a walk.

The reason is the word, ‘is’. ‘Is’ is what you call a linking verb (more information about Linking Verbs). Subject pronouns follows linking verbs not object pronouns. That’s why the correct pronoun to go in the above sentence is ‘I’ and not ‘me’.

In saying this, though, using ‘me’ in a sentence like ‘It is me’ appears to not be entirely faux pas. Common usage of ‘me’ in such sentences has made using ‘me’ acceptable in conversational speech/informal settings even though using ‘me’ in ‘it is me’ isn’t proper grammar. Grammaticians apparently will not bark at you for using me instead of I when everyone says ‘It is me’ and it is rare to find someone say ‘It is I’!

The research certainly has enlightened us! Hopefully, it has enlightened you. The next time you hear someone say “You and I” or “You and me”, you’ll know yourself which one is correct/proper grammar!